17 Surprising Ways to Use Hydrogen Peroxide

That brown bottle of hydrogen peroxide in your bathroom cabinet or first aid kit can do a lot more than take care of small cuts and wounds. You can boost the performance of plants in your garden, clean your home and laundry, and improve your beauty routine.

Hydrogen peroxide, H2O2, is sold in concentrations of three to ten percent at most drug stores. The three percent solution works great for these tips. It comes in the dark brown bottle because hydrogen peroxide breaks down to plain water when exposed to heat, light, and air. The decomposition isn’t harmful but if the “fizz” is gone, you’re just using plain water. Use the bottle within a month or so for best results but it can last about six months after opening.

While these 17 tips about how to use hydrogen peroxide will amaze you, there is one thing you should not do: swallow it. Even at the three percent concentration, it can cause blistering in the mouth, vomiting, and abdominal distress.

1. Sanitize Beauty and Manicure Tools
Each time you use tweezers, manicure or pedicure tools, and eyelash curlers they come in contact with body soil and bacteria. A dip or rub-down with a bit of hydrogen peroxide will sanitize the tools and prevent infections.

2. Disinfect Toothbrushes and Mouth Guards
Toothbrushes, retainers, and sports mouth guards can be disinfected by a quick soak in hydrogen peroxide. Give each a good rinse with plain water before using.

3. Get Sweet-Smelling, Prettier Feet
Smelly feet are covered with bacteria that are causing the odor. Mix a foot soak with one part hydrogen peroxide to three parts warm water. The same treatment will help protect against spreading athlete’s foot fungus and even soften calluses and corns.

4. Whiten Discolored Nails
Mix one part hydrogen peroxide to two parts baking soda in a bowl to form a paste. It will foam a bit but when it stops spread the paste over and under your nails. Let it work for three minutes and then rinse with plain water.

5.Freshen and Disinfect Kitchen Sponges
Kitchen sponges harbor some really scary bacteria like E.coli and Salmonella. Disinfect them daily with a solution of 50 percent water and 50 percent hydrogen peroxide.

6. Keep Cutting Boards Bacteria-Free
Each time you use wooden or plastic cutting boards, little scratches appear that can trap bacteria. A quick spritz with hydrogen peroxide will keep them safe to use.

7. Sanitize Your Refrigerator
After you’ve cleaned out your refrigerator and before you add that new box of baking soda, spray the inside with hydrogen peroxide to kill any lingering bacteria. Let it work for several minutes and then wipe down with plain water.

8. Make Reusable Grocery Bags Healthier
Reusable grocery bags are great for the environment but not always so good for your health. The bags should be washed frequently and correctly. However, if you don’t have time for a thorough cleaning, give the interiors a quick spray with hydrogen peroxide to kill harmful bacteria.

9. Clean Tile Grout
Grout between bathroom and kitchen tiles not only gets dirty, it can get covered with mildew. One of the best ways to kill the fungus is hydrogen peroxide. To whiten grout, mix a paste of baking soda and hydrogen peroxide. Spread it on the tile (it will also help cut through soap scum) and let it work for five minutes. Wipe away with plain water to see the sparkle.

10. Put a Shine on Mirrors
Use a lint-free microfiber cloth and a spray of hydrogen peroxide to create a streak-free mirror.

11. Whiten Dingy Clothes
If you don’t like using chlorine bleach, add some hydrogen peroxide instead to a load of dingy white clothes. Add one cup of hydrogen peroxide to the washer or automatic bleach dispenser before adding water or clothes.

12. Get Rid of Underarm Sweat Stains on White Shirts
Mix one-fourth cup hydrogen peroxide, one-fourth cup baking soda, and one-fourth cup water in a bowl. Use a soft-bristled brush to work the solution into underarm stains and allow it to sit for at least 30 minutes. Give it one more final scrub with the brush and then wash as usual.

13. Breathe Easier
Dehumidifiers and humidifiers are perfect breeding grounds for molds due to the moisture and heat they collect or generate. Keep them clean by running a solution of half water and half hydrogen peroxide through them monthly.

14. Kill Dust Mites
Dust mites thrive on the small bits of skin we shed in our homes, particularly in the bedroom. Give your mattress a spray with hydrogen peroxide to kill the insects. Allow the mattress to dry completely before remaking the bed with clean bedding.

15. Disinfect Kids’ and Pets’ Toys
To kill germs and bacteria, spray toys with hydrogen peroxide. Allow it to sit on the surfaces for a few minutes and then rinse with plain water.

16. Make Your Garden Grow
That extra oxygen molecule in hydrogen peroxide boosts a plant’s ability to absorb nutrients from the soil. And all it takes is just a little bit. Mix a solution of one gallon room-temperature water and one teaspoon hydrogen peroxide. Use it right away to fertilize outdoor and indoor plants.

17. Protect Plants from Disease
Insects, fungus, and plant diseases can easily be transferred from plant to plant. Use hydrogen peroxide to sanitize garden tools and containers after each use. 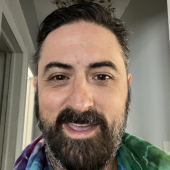 Is Yeti cups any good?